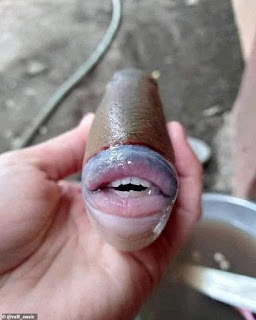 By JO TWEEDY FOR MAILONLINE


Images of a fish pictured with a human-like set of lips and pearly white teeth are giving social media users 'the creeps'.


The photos, believed to be of a triggerfish, were apparently snapped by a fisherman in Malaysia after he made the disturbing catch.
@raff_nasir shared photos of the fish to his Twitter account on July 2nd, writing: 'His lips are hotter than mine' and the bizarre photos have since gone viral, with more than 20,000 people liking them - and others adding false eyelashes and bling nails to the marine life.
Scroll down for video 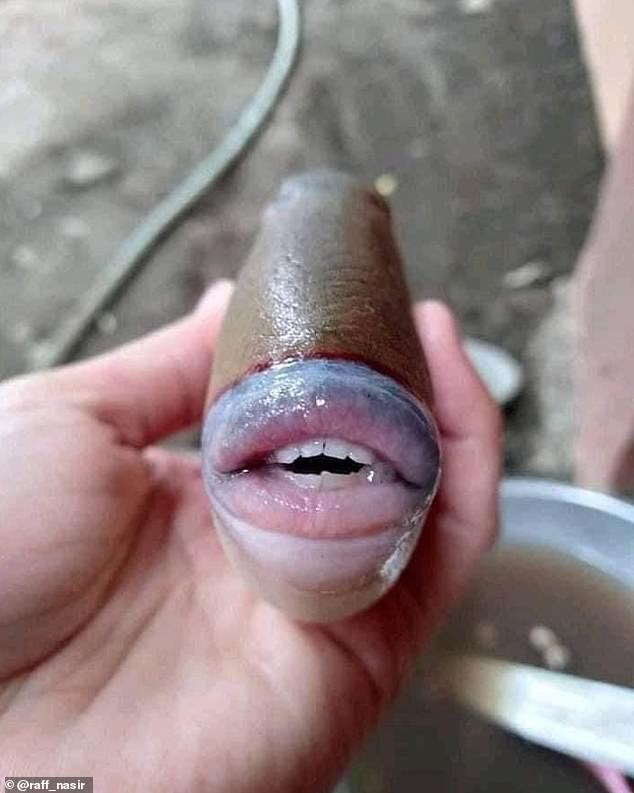 +4
'His lips are hotter than mine': Photos of what is thought to be a triggerfish, which was found by a fisherman in Malaysia, are 'creeping out' social media users. The fish appears to have full lips and a set of human-like teeth
Posted by Mauricio on julio 19, 2020 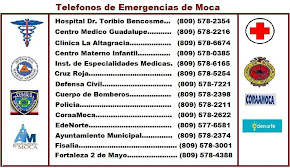 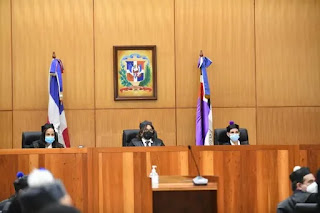